Bigger Than Life was there during the early and formative years of Experiential Marketing.  This Miller High Life bottle was the result of the collaborative efforts between a young Miller Brewing Marketing Executive (Gary Reynolds, later to become GMR Marketing) and Bigger Than Life.  Under the moniker of “Beach Boards,” it saw duty along the crowded beaches of Southern California during the summer of 1983 and was quite the hit!  A patent was awarded to Mark Bachman for the unique “self bailing” design that allowed for any water leakage to be sucked out by venturi effect! 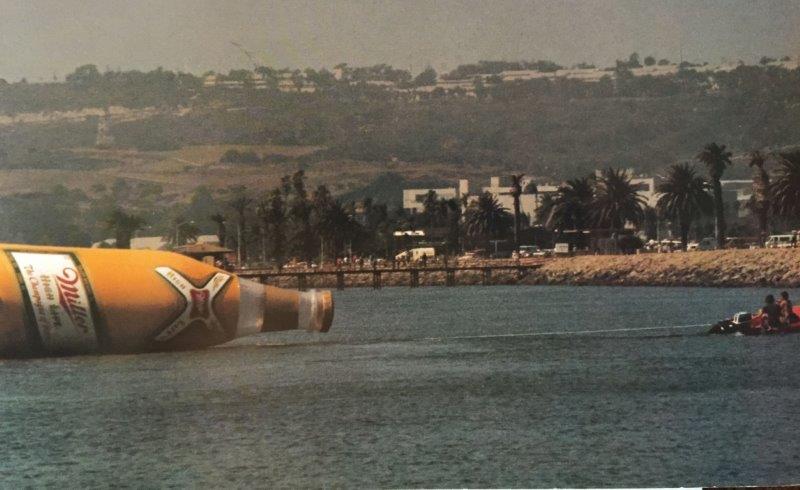