Get Your Inflatable Covered by Media

The first step in dealing with the local news media is to know the market. Become familiar with the local stations, newspapers, including their reporters and editors. There are media directories available to help you. Watch for different writing and reporting styles and story “by-lines.” Listen to radio stations to learn format and personalities. Become aware of deadlines and work around them.

When dealing with the media, keep your communications friendly but short and to the point. If several departments at one TV station or newspaper may be interested in your story, by all means, give a press kit or news release to all of them. It is also very important to tell each person about all of the other people who received copies. Do not be intimidated by journalists, whether they are broadcast or print media. They are just people with a job that places them in the community limelight. Most are very approachable and interested in new and innovative story leads.

On any given day, which stories are reported depends largely on what else happened that day. Good timing in dealing with the news media is something that can only be learned through experience and having a good working relationship with the media personalities. If an event involving your GIANT INFLATABLES is not covered by the media, don’t give up. You may have sparked someone’s interest that will cover you at a later time. Without hounding local journalists, bring your company and your Giant Inflatables to the minds of local decision-makers periodically.

Media, whether print or online, offers detailed stories and photos. After an editor has a release or media kit in hand, he may write from that information, or he may want to come and interview you and see your GIANT INFLATABLES. Be available to give more facts and figures on the phone. With a little bit of luck and perseverance, your GIANT INFLATABLE will be on the front page of every media outlet.

Don’t forget about using social media for getting your INFLATABLE GIANTS noticed! 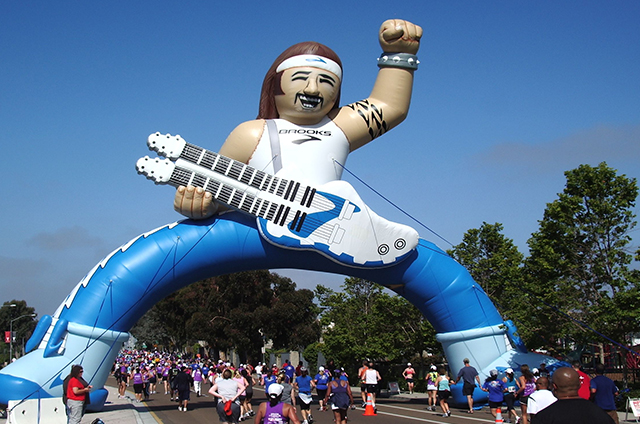